PROMISE: Maryland’s AGEP salutes GA Miguel Nino! Miguel graduated from UMBC with a master’s degree in Instructional Systems Development, and will be leaving us to pursue his PhD in Instructional Design and Technology at Virginia Tech.  Over the last two years, Miguel has continued to develop expertise in intercultural communication. He has also developed new skills to address issues in STEM Education, online training, evaluation and assessment, and recruitment and retention models.

Miguel is a multilingual professional who has recruited for PROMISE at the AGMUS Research Symposium in Puerto Rico, and the Society of Hispanic Professional Engineers (SHPE) in California.  He has streamlined evaluation and assessment for PROMISE and has contributed to the process improvement of the PROF-it, Professors-in-Training Program. Miguel developed the video resources for the PROMISE Success Seminars: http://www.youtube.com/user/PROMISEagep. 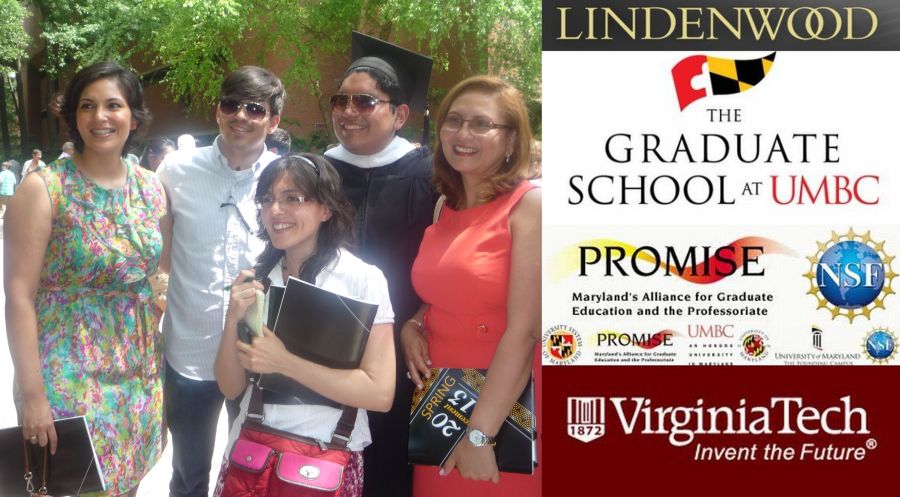 Miguel has been an excellent collaborator. He co-authored and co-presented a paper on “Preparation for STEM Graduate Programs” at the Latin and Caribbean Consortium of Engineering Institutions (LACCEI) in Panama, in July 2012.  The Spanish version of his 2012 LACCEI paper was utilized during the “How to Apply to Graduate School” workshop at the 2013 GEM conference in San Juan, Puerto Rico, and at the  “Foro de Liderazgo Estudiantil en Ingenieria,” in Quintana Roo, México for LACCEI 2013. He also co-authored and co-presented a paper on “Peer Mentoring” at the 120th Annual Conference of the American Society of Engineering Education, in Atlanta, GA, June 2013.

Both papers can be found here:

Miguel has been a great asset to PROMISE! He made his mark during his first assignment at the 2011 PROMISE Summer Success Institute (SSI) working with other PROMISE staff members, Gloria Anglon (now at Harvard), Dr. Laura “Violeta” Colombo (now teaching in Argentina), and Natasha Ramoutar (fellow GA). He later became the “Senior” Program Assistant on the PROMISE Team, co-leading the 2012 SSI, and taking a leading role in the implementation of the 2013 PROMISE SSI: 10th Anniversary Celebration.

We will miss Miguel tremendously and we wish him the best as he pursues his doctorate, and continues to develop his skills as a global, technical professional!

Dr. Renetta Garrison Tull is the Vice Chancellor for Diversity, Equity, and Inclusion (DEI) at the University of California Davis. She previously served as Associate Vice Provost for Strategic Initiatives at The Graduate School at UMBC, and was Professor of the Practice in the College of Engineering & IT. She was Special Assistant to the Sr. Vice Chancellor for Academic Affairs & Director of Graduate and Professional Pipeline Development for the University System of Maryland (12 institutions). She is the Founding Director of PROMISE: Maryland’s Alliance for Graduate Education and the Professoriate (AGEP) – http://www.umbc.edu/promise, and Co-PI for the USM LSAMP. Her research on global diversity in STEM continues, and she is an international speaker, covering nearly all continents, for groups and conferences such as the World Engineering Education Forum, the International Federation of Engineering Education Societies, and the Pacific Sciences Congress. Her personal website is: http://renettatull.wordpress.com. Connect with her on Twitter: @Renetta_Tull; https://twitter.com/Renetta_Tull View more posts