Back to the 2015 PROMISE Schedule-at-a-glance

Dr. Williams’ TEDx Talk: “Belonging in technology — what I learned from Steve Jobs”

Dr. Patricia Ordóñez is Assistant Professor in the Computer Science faculty at the University of Puerto Rico Río Piedras. Her research interests are in applying machine learning, data mining, and visualization to multivariate time series analysis, specifically to large repositories of clinical data. She founded the Symposium of Health Informatics for Latin America and the Caribbean as a major step in addressing that objective through international collaboration. She is also passionate about diversifying the field of computer science and thereby am active in mentoring and developing mentoring communities at the high school level, college and graduate school level, and in creating assistive technologies for programming and communication. Dr. Ordóñez is a former PROMISE Peer Mentor from UMBC, and she is an Alumni Board Member for the the PROMISE AGEP-T. She will discuss the “Hacking” activity for the 2015 PROMISE SSI. [Dr. Ordóñez will join via Twitter.]

Dr. Sweeney Windchief is Assistant Professor of Adult and Higher Education at Montana State University. He is part of the PNW-COSMOS team for the Pacific Northwest AGEP seeks to increase the representation of Native American graduate students in STEM. Dr. Windchief’s articles include: 21st Century Indigenous Identity Location: Remembrance, Reclamation, and Regeneration, Silences in stewardship: Some American Indian college students examples,  Red Pedagogy: Reflections From the Field, and The History of the Assiniboine and Sioux Tribes of the Fort Peck Indian Reservation; 1600-2012.  Dr. Windchief will be discussing different forms of mentoring at the 2015 PROMISE SSI.

Dr. Grant is a U.S. Presidential Mentor and a long-time PROMISE SSI Mentor-in-Residence. Dr. Grant has been empowering individuals and groups towards academic excellence for over 25 years at the university level. Her innovative programs span from middle school students to college students and up through university professors. She has been recognized for her accomplishments as an educator, leader and mentor with achievement awards from the YWCA, Georgia Institute of Technology, the Council for Chemical Research and the American Institute of Chemical Engineers. Currently she is a tenured Full Professor and Associate Dean of Engineering at North Carolina State University. She holds Bachelors, Masters and Doctoral degrees in engineering from Brown University and Georgia Institute of Technology. Dr. Grant is the co-editor of the June 2015 release of “Success Strategies from Women in STEM,” and she is the President of the Leveraged Empowerment Consulting Company.

Dr. Burt is a former PROMISE Peer Mentor from College Park, current Assistant Professor at Iowa State University. Dr. Burt has a grant from the National Science Foundation. The grant was an Iowa NSF EPSCoR seed grant to collect and learn from the experiences of black males in Iowa engineering graduate programs.

Article: From SROP to PhD: https://www.cic.net/news-and-publications/news/2014/10/14/from-srop-to-ph.d.-brian-burt%27s-journey-to-assistant-professor

Dr. Lydia Villa-Komaroff, Board of Directors for Cytonome (former Chief Executive Officer and former Chief Scientific Officer) is one of the founders of SACNAS, the Society for the Advancement for Chicano and Native American Scientists. Dr. Villa Komaroff is a molecular and cellular biologist who has had experience in both the academic world and in the start-up space. Excerpts from Dr. Villa-Komaroff’s NSF biography:

Dr. Villa-Komaroff held faculty positions at the University of Massachusetts Medical Center, Children’s Hospital, Boston, and Harvard Medical School. As an administrator she served as Acting Director of the Division of Neuroscience, Children’s Hospital; Vice President for Research at Northwestern University in Illinois; and Vice President for Research and Chief Operating Officer of the Whitehead Institute (Cambridge, MA). She served on the board of Transkaryotic Therapies, Inc., a publicly-traded biopharmaceutical company that developed products for the treatment of rare diseases before it was acquired by Shire Pharmaceuticals (2003-2005, Chair, 2005). Dr. Villa-Komaroff was elected to the AAAS Board (2001-2005), served on the Advisory Councils for National Institute of Neurological Diseases and Stroke (2000-2004), and the Biology Directorate of NSF (1994-1999, Chair, 1997-1998). She has served on review committees for both NSF and NIH. She was a member of the 2012 US delegation to the Asian-Pacific Economic Conference-Women and the Economy Forum held in Russia. She chaired the minority affairs committees of the American Society for Cell Biology and the Society for Neuroscience.Dr. Villa-Komaroff is a fellow of AAAS and AWIS. She has been honored by election to the Hispanic Engineer National Achievement Hall of Fame, was awarded a Lifetime Achievement Award by Hispanic Business Magazine

Dr. Villa-Komaroff has Maryland roots; she received her bachelor’s degree in Biology from Goucher College in Maryland. She will discuss different ways of thinking at the 2015 SSI, and will be a mentor-coach for the #ThinkBigDiversity session. 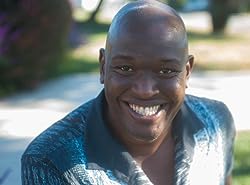 Dr. Tyrone Grandison is a White House Presidential Innovation Fellow working on Data Innovation initiatives at the Department of Labor. Tyrone is a computer science researcher and entrepreneur. He is CEO of Proficiency Labs and managing partner at METIS Inc. Tyrone has co-founded a number of ventures, including woyhd.org, Hipaantrepeneurs, and the Di-PaSS series. He is a founding partner of Wonder Women Hacks, which is a hackathon dedicated to increasing the number of women in tech, providing a support system for female technologists and helping to solve issues relevant to women. He is a founding partner of Hacks for Humanity (a collaboration with Arizona State University’s Project Humanities), which seeks to develop technology to reconnect people to their humanity.He holds positions at the University of Technology – Kingston, Jamaica and the University of the West Indies – St. Augustine, Trinidad. Tyrone received his Bachelors in Computer Studies from the University of the West Indies in 1997, his Masters in Software Engineering in 1998 and a Ph.D. in Computer Science from the Imperial College of Science, Technology & Medicine in London (2003). Dr. Grandison is an ACM Distinguished Engineer, an IEEE Senior Member and a HIMSS and BCS Fellow. He also received the IEEE Technical Achievement Award in 2010 for “pioneering contributions to Secure and Private Data Management”. He has authored over a 100 technical papers, co-invented over 47 patents and written several books. (Reprinted from: https://www.whitehouse.gov/innovationfellows/meet-the-fellows, and http://www.tyronegrandison.org/bio.html)

Dr.Grandison will be one of the Head Mentor-Coach for the #ThinkBigDiversity session.

Dr. Kaye Wise Whitehead, PROMISE alumna and resident “PROMISE Griot on the Go,” is Associate Professor of Communication at Loyola University Maryland. Dr. Whitehead is a historian who works in the black documentary tradition, specifically focusing on studying the different ways that people use to document their stories (through diaries, letters, editorials, and oral interviews). My research and publications address the complex relationships between enslaved and freeborn nineteenth century black women; and investigates the ways in which race, class, and gender coalesce in American classrooms, political environments, and social arenas. She is the Founding Executive Director of The Emilie Frances Davis Center for Education, Research, and Culture; a K-12 Master Teacher in African American History; a curriculum writer and lesson plan developer; and, a three-time New York Emmy-nominated documentary filmmaker. She recently received the 2014 President’s Lifetime Achievement Award from the Progressive National Baptist Convention (PNBC) and the 2014 Letitia Woods Brown Book Award for Best Edited Book in African American History from the Association of Black Women Historians. Dr. Whitehead is the winner of the 2015 Darlene Clark Hine Book Award. More recently, Dr. Whitehead has become a local leader who speaks out against injustices in Maryland, and nationally. In the piece in the PROMISE web feature, PROMISE Alumni Professors Give Voice to #BaltimoreUprising: Dr. Karsonya Whitehead, Dr. John Bullock, & Dr. Chris Whitt #Baltimore, Dr. Whitehead reminds readers that #BlackLivesMatter, and she continues to be recognized as a contributor to explaining current and historical perspectives of inequities as a regular on NPR radio. She has spoken at the White House, and has a rigorous speaking schedule at universities around the country. Her latest book is, “Letters to My Black Sons: Raising Boys in a Post-Racial America.” Dr. Whitehead’s books can be purchased on Amazon: http://www.amazon.com/Karsonya-(Kaye)-Wise-Whitehead/e/B00GBE4L68

Dr. Whitehead will resume her role as the riveting leader of the SSI PROMISE PhD/Doctoral Roll Call.

One thought on “PROMISE SSI 2015 Keynote Speaker and Panel Bios”