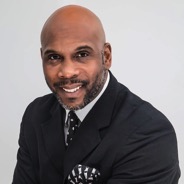 This presentation seeks to interrogate the notion that blackness can only be expressed through a singular African American lens. The Young Lords are heirs to the Black Power Movement echoing the freedom cries of antiwar and black radicalism by African American organizations like the Black Panther Party and the Independence Movement in Puerto Rico by Afro Puerto Rican figures like Dr. Pedro Albizu Campos, the movement’s outspoken leader. The presentation examines the curation of the “¡Presente! The Young Lords in New York exhibition”, more specifically, how the curators of this exhibition in three venues (Bronx Museum of Art, El Museo del Barrio and the Loisaida, Inc.) have organically captured the blackness of the Puerto Rican community through the ethno-racial performativity of the Young Lord Organization. The Young Lords impact helped broaden the definition of Puerto Rican identity; illuminate the diversity of Puerto Rican diasporic communities and centralize the Afro-Mestizo culture of Puerto Rico.

Omar recruits and manages 200+ interns and fellows who support a wide range of Museum projects. Omar serves as the museum liaison for pre- and postdoctoral fellows as well as other academic appointments. He conducts presentations to higher education communities, partners and various stakeholders with the purpose of increasing access to the Smithsonian. Omar develops partnerships with educational institutions and non-governmental organizations. He was involved in creating a briefing paper on diversity and inclusion at the museum to the Director John Gray. He also does recruitment for salaried positions for the museum. In the spirit of collaboration and community building, Omar participates in the following committees  NMAH Committees: Diversity Advisory Council; Peer Awards Committee; Strategic Planning Committee (Co-chair of Education Subcommittee); SI Committees: Latino Working Committee (Deputy Chair); Office of Fellowships & Internships Diversity Working Group; Federal Committee: STEM Education (Underrepresented Communities). Externally, he is involved on several non-profit boards and museum initiatives focused on race and social justice. He is one of the organizers and the creator of the Smithsonian Career Center Conference. Omar has worked for the National Park Service, NASA, D.C. Public Schools and NYC Public Schools. He has a B.A. in African American Studies from the University of Maryland, College Park and a M.Ed. from the American Intercontinental University. He is a third year doctoral student in American Studies at University of Maryland, College Park.

Research interests are Afrolatinidad/Afrolatinoness in the United States; Museums and race; Diversity and Inclusion; and Hip Hop history, culture and education.