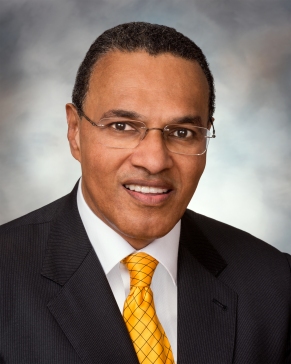 This event has been postponed. Dr. Hrabowski had a sudden change in his schedule m, but he is trying to see if he can participate in the 2017 Graduate Student Week activities in April instead. Updates will be posted soon.

On April 13, 2017 (changed from March 1, 2017), we will be having our annual “Pathways to Leadership” seminar talk with Dr. Freeman Hrabowski. Everyone is invited to come.

In 2003, the first year of programming for the PROMISE AGEP, a UMBC Public Policy graduate student named Robert Alexander asked if PROMISE could sponsor a “town hall” type of seminar with UMBC’s President, Dr. Freeman Hrabowski. That conversation birthed the concept of an annual seminar for graduate students that would feature the university’s president. Dr. Robert Alexander is now part of the Health & Analytics Business Unit at Battelle, after spending nearly 10 years in his first dream job in Health Communications at the Center for Disease Control (CDC). Similarly, after more than 10 years, Dr. Freeman Hrabowski is the Chair of the U.S. President’s Advisory Commission on Educational Excellence for African Americans, and has received numerous recognition from media outlets such as TIME, US News & World Report, PBS (“Charlie Rose,” “Tavis Smiley”), and CBS (“60 Minutes.”). The president continues to make time in his schedule to address graduate students. Dr. Hrabowski has been having his spring semester conversation with graduate students at UMBC since 2004.
Event: Pathways to Leadership: A Talk with Dr. Hrabowski
NEW Date: April 13, 2017
Time: 1:00 PM – 2:00 PM
Location: Commons Game Room, 2nd floor
To register:
– Attendees from the UMBC Community, please RSVP by clicking the “I Can Attend” button on http://my.umbc.edu/groups/promise/events/46037.
– Attendees outside of the UMBC Community, please indicate your interest in attending by writing in the comments section below with your name, major, and university.